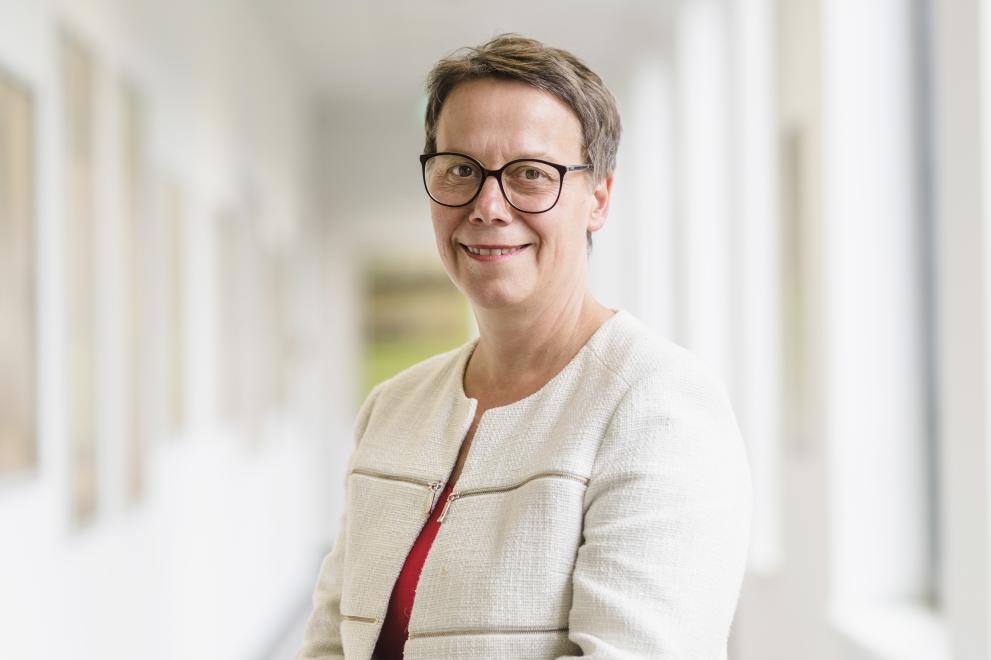 Christina Reinhardt was born in Leinfelden, Baden-Württemberg, in 1968. From 1989 to 1993, she studied geography, sociology and spatial planning at Ruhr University Bochum, where she was awarded her PhD at the Chair of Social and Economic Geography in 1998. In 2000, she took up her first job in the Ruhr University administration, developing a project to implement the State Equal Opportunities Act. From 2001, Christina Reinhardt set up and managed human resources development at Ruhr University, where she was head of the Rectorate's department "Internal Training and Consulting" from 2006. From May 2009 to November 2015, Reinhardt was Chancellor of Bochum University of Applied Sciences. She has been Ruhr University Chancellor since 1 December 2015.

The role of the Chancellor

Represents the Chancellor in absentia:

Members of the Rectorate
Overview
Overview
Assistant to the Chancellor

Officer for Digitalisation and E-Government