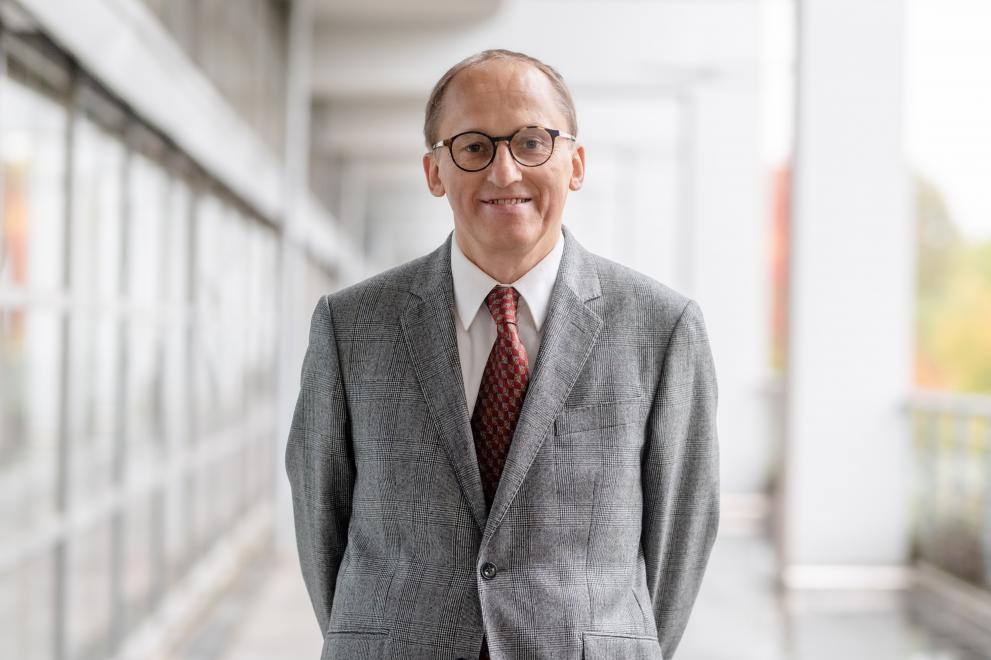 Vice-Rector for Research and Transfer

Günther Meschke studied civil engineering at TU Wien. There, he received his PhD in 1989 and was awarded the Max Kade Fellowship of the Austrian Academy of Sciences. In 1991 he spent one year as a research fellow at Stanford University. From 1996 to 1998, Meschke was an associate university professor at the Institute for Strength of Materials at TU Wien. In 1998, he was appointed to the Chair of Structural Mechanics at Ruhr University Bochum. From 2001 to 2004, he was executive director at the Institute for Structural Engineering at RUB and, from 2004 to 2006, dean at the Faculty of Civil Engineering. In 2012, he turned down a call to the Graz University of Technology. Günther Meschke has been spokesperson of the Collaborative Research Centre 837 “Interaction Models for Mechanical Tunnelling” since 2012 and spokesperson of the Research Department “Subsurface Modeling and Engineering” since 2014.

Günther Meschke became Vice-Rector for Research and Transfer at the Ruhr University on 1 November 2021.

Members of the Rectorate
Overview
Assistant to the Vice Rector