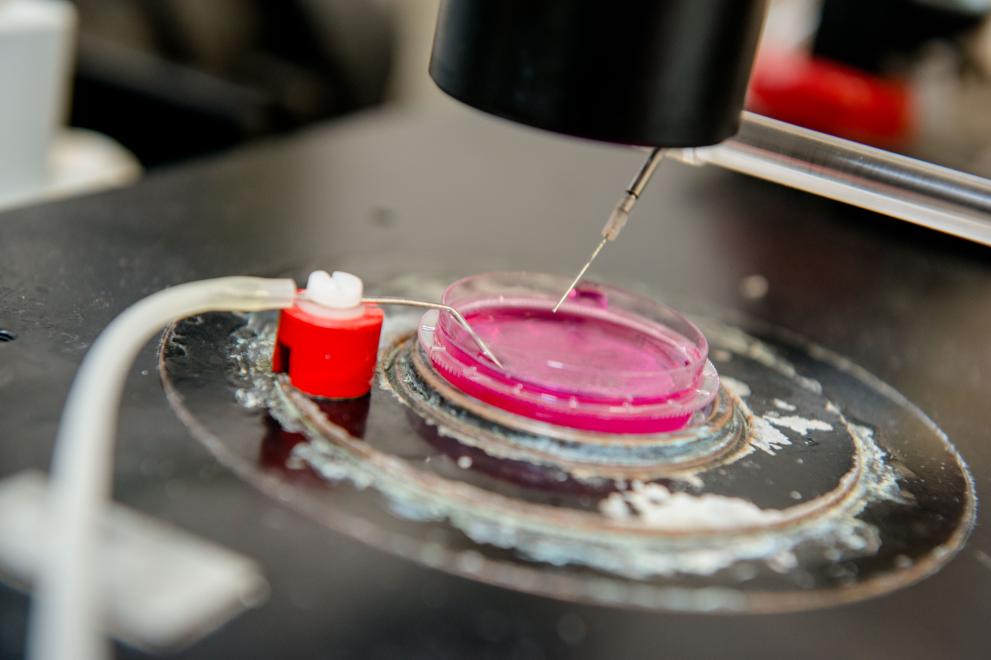 The science behind the scent

Olfactory receptors are located not only in the nose, but also in sperm, in the intestines, and in the skin. Scents regulate hormones and important messengers in the brain, thus affecting physical and mental functions.

At RUB, scent research has a long tradition, and the team at the Department of Cell Physiology headed by Prof. Dr Dr Dr med. Hanns Hatt has been researching into many of the components of “Knowledge by RUB”. The following list contains information on the effect and mechanism of action of some of the components:

Hedione is one of the jasmonates and smells faintly of magnolia and jasmine. It activates the pheromone receptor VN1R1 in the human olfactory mucosa, as Professor Hanns Hatt’s team discovered in 2015. VN1R1 is one of only five fully functional pheromone receptors in humans – whereas mice have as many as 300.

Together with colleagues from Dresden, the Bochum-based researchers have also demonstrated that the smell of hedione generates gender-specific activation patterns in the brain, which do not emerge in conventional odorous substances. In the study, hedione activated areas in the brain in the limbic system much more strongly than phenethyl alcohol, a traditional floral scent.

The limbic system is associated with emotions, memory, and drive. Additionally and exclusively, one specific area of the hypothalamus reacted more strongly to hedione in women than in men. This area of the brain is involved in the regulation of sex hormone release, including cycle hormones, as well as the “cuddle hormone” oxytocin.

Cineole occurs in larger quantities in eucalyptus and laurel. Humans perceive this substance via the conventional olfactory nerve and, in high concentrations, also via the nervus trigeminus. This cranial nerve is responsible for sensations of burning and heat after the ingestion of chilli, and the sensation of cold after the ingestion of menthol, which is also generated at contact with cineole; or – as discovered by Hanns Hatt’s team in 2014 – the rough, furry sensation that red wine leaves on the tongue, also referred to as barrique sensation. By activating the nervus trigeminus, which is sometimes referred to as the “warning nerve”, cineole boosts and invigorates.

Geraniol is a component of many essential oils and occurs in e.g. coriander, laurel, nutmeg, and primarily in roses and geraniums. It has a calming effect, rendering us relaxed and serene. Hanns Hatt’s team demonstrated its mechanism of action in 2010 using a related scent: gardenia acetal.

The substance amplifies the effect of the body’s own messenger GABA, which is essential for inducing and maintaining sleep. Tranquilisers such as benzodiazepines and barbiturates affect the body in the same way by binding the respective GABA receptor.

In combination with invigorating components such as cineole, a very special blend is created, described by medical professionals as toning. The scent combo doesn’t render a person awake and tired at the same time. Rather, it puts them into a state of relaxation that is associated with mental freshness, thus boosting cognitive performance.

Musk has a sweet, animalistic scent that is reputed to increase the attraction between the sexes – only if used in moderation, however, since it is otherwise often perceived as unpleasant. As musk deer is a protected species, only synthetic musk scents are used in perfumes. They are subdivided into three groups referred to as polycyclic, macrocyclic and nitromusks.

Cell physiologists at RUB have identified receptors in the olfactory mucosa and characterised them in detail. They discovered that human genes for these receptors are often mutated. As a result, the affected individuals perceive musk notes only faintly or not at all. Hanns Hatt and his colleagues filed successful patent applications for the three scents that activated musk receptors in the Bochum-based studies.

Iso E Super has become a popular perfume component. “Mellow, soft and human,” as scent researcher Hanns Hatt described the scent. “The scent of which dreams are made.” The substance is reputed to strengthen the attraction between people and foster communication.

Hatt’s team is currently researching into the molecular principles underlying the Iso E Super effect; more specifically, the researchers are looking for the human receptor that binds the scent.